TECHNOSPEAK – MUST YOUR SOFTWARE VENDOR UNDERSTAND THE LAW?

TECHNOSPEAK – MUST YOUR SOFTWARE VENDOR UNDERSTAND THE LAW?

It is with concern that I note on a regular basis, that there are far too many so-called software providers that flaunt the law.
I believe that some of these cases are done out of ignorance while others are done to enrich the user of the software. Both are dangerous to our industry and put the user of the software at risk.
At this moment, one should identify that there are typically two types of software developers in the debt collection industry, namely the company that develops software commercially and makes it available to multiple clients in the industry (let’s call these guys the ‘vendors’); and the in-house software developer that is employed by a debt collection company to develop and maintain its own bespoke software (let’s call these guys the ‘interns’).

I have run into many examples where software developers, whether they are vendors or interns, do not apply the rules applicable to our game correctly. Some examples are more serious than others, but they all the attitudinal air of not caring for our industry. This is not too dissimilar to a politician who doesn’t care that he breaks the rules as long as he gets what he wants.

Here are some examples:
Prescription:
If two software developers understand the provisions of the law regarding prescription correctly and they have access to the same set of data (i.e. dates and transactions), then their calculations should mark a prescribing matter as prescribed at exactly the same time.
If this is not the case, one of those software developers is making use of the incorrect calculation.
We see this often and, in most cases, we note the aggression with which a software developer defends his calculation … even after it is proven to be incorrect.
Interest
My company often has to work through thousands of transactions captured in other software systems in order to check that the interest calculated is correct.
The National Credit Act (with all its amendments) is very specific in the method of calculating interest and applying interest caps. Any deviation therefrom is illegal.
On average, we check through the data of five debt collection companies every month that are using software developed by interns or by vendors other than ourselves.
On average, two of those five reach a different interest answer to the ones we do. That means that 40% of software used in South Africa is incorrect as far as the calculation of interest goes.
The scary part thereof is that the companies using the software are often blissfully unaware that they don’t comply with the law.
Distribution of funds
Section 126(3) of the National Credit Act deals with the allocation of payments received from debtors and expressly provides as follows:
(3) A credit provider must credit each payment made under a credit agreement to the consumer as of the date of receipt of the payment, as follows:
(a) Firstly, to satisfy any due or unpaid interest charges;
(b) secondly, to satisfy any due or unpaid fees or charges; and
(c) thirdly, to reduce the amount of the principal debt.
Why is it then that so many software developers apply this rule incorrectly? The answer lies therein that they apply the rules stipulated by the credit provider in the service level agreement to the debtor’s balance sheet. This is illegal … the debtor can never be penalised by the provisions of the creditor’s SLA. Software developers doing this confuse the fact that those provisions are applicable only to the relationship between the debt collector and the credit provider … and cannot breach over into the relationship with the debtor.
Collection fees
We also see many examples where companies exceed the fees that they are allowed to charge onto debtors’ accounts. During a recent acquisition of a new client onto our software, it became evident that the client was accustomed to charging R58 for sending an SMS message. On querying this, they reported that their software developer had built those tariffs into the system. This is blatantly excessive and ignores the provisions of Annexure B’s fees and disbursements completely.
There are many more examples where software developers blatantly, or in ignorance, flaunt the law and it becomes impossible to highlight them all in this article. What is clear, however, is that many such software developers pass the risk of their inefficiencies on to their clients and employers.

I think it is time that software developers should start learning what the law provides…not what they want it to provide. 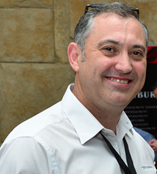